World Economy Against New Challenges in the Time of COVID-19; Zdzisław W. Puślecki 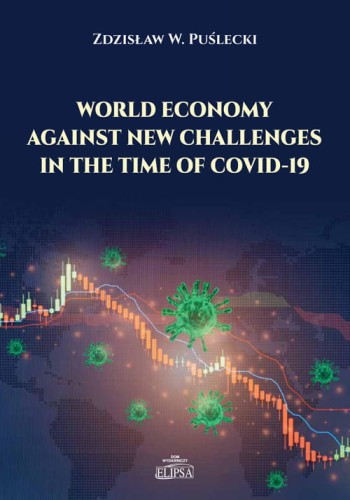 World economy in the XXI century there is before various new challenges and especially in the time of COVID-19. Important are the new tendencies in the economic development of the European Union in the XXI century. In the new circumstances for the development of the global economy, the eyes of the world, have been turned to China. The access of China to WTO was a historical decision, the evidence of evolution which was taking place within that organisation, giving it a more universal, global form. This means also that it expands on a huge market which can open itself up for foreign competition. The economic crisis of the world economy breakthrough first and second decade of the 21st century and COVID-19 contributed to the stimulus plans economies.

The main method applied in this research was a method of scientific study. It was used the institutional method, comparative method, the documentation method and statistical methods. Additionally, it used also, the methods of deductive forecasting.